HOW DISABLED DO I HAVE TO BE?

Due to amendments to the law over the years, what you need to prove to be entitled to weekly wage loss benefits depends on when you were injured.

For injuries occurring before May 15, 1987, contact us to explain how those injuries are treated under the old statute and case law.

For injuries occurring between May 15, 1987 and December 19, 2011, Section 301(4) and 401(1) of the Workers’ Disability Compensation Act defined “disability” as “a limitation of an employee’s wage earning capacity in work suitable to his or her qualifications and training resulting from a personal injury or work related disease” and stated “the establishment of disability does not create a presumption of wage loss.” Interpretation of this definition of disability created a great deal of controversy which has not yet ended. 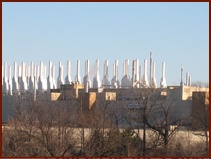 In the Sington decision in May of 2002, a conservative Michigan Supreme Court reinterpreted the 1987 amendments and held that a worker is not entitled to wage loss benefits unless he or she can show that because of an injury, he or she can not obtain or perform jobs within his or her qualifications and training that pays at his or her maximum wage earning capacity.

The Michigan Supreme Court then ruled in 2008 in the Stokes case that it is not enough for an injured worker to testify that he or she cannot do prior jobs; there must be a persuasive demonstration that a worker cannot perform or obtain any work at their maximum wage earning capacity. The Court said a worker can prove that through an unsuccessful job search or by hiring a vocational expert witness familiar with the job market. Even though it is not supposed to be required, in a typical case, a magistrate will expect to receive physician testimony regarding a worker’s inability to do activities earning maximum wages within his or her qualifications and training. Even though the statute did not require it, and the Supreme Court did not require it in Stokes, the lower courts increasingly expect an injured worker to testify regarding unsuccessful efforts to secure employment. The courts continue to change and modify what is required to prove disability and entitlement to benefits for those injured between May 15, 1987 and December 19, 2011. You should talk with us about what you should try to do to satisfy these changing standards.

The Republican Legislature and Republican Governor Snyder then introduced amendments to the workers’ compensation law in 2011 in House Bill 5002. The bill was significantly modified in the Senate to address concerns raised by injured worker and their advocates. For workers injured after December 19, 2011, to receive weekly wage loss benefits, workers must show that the work injury prevents them from performing or obtaining work within their qualifications and training. Workers unable to perform all work within their qualifications and training are to be considered totally disabled and entitled to full weekly benefits. If a worker is only partially disabled, a worker must often show that he or she is looking for work in order to receive full benefits, otherwise benefits can be reduced by that worker’s “wage earning capacity.” (Certain law enforcement workers are supposed to be exempt from this deduction.) The courts are still interpreting this relatively new statutory language. In the meantime, injured workers will generally want engage in thorough job search efforts in order to maximize their chances of receiving full weekly benefits. (Some collective bargaining agreements actually prohibit workers from seeking alternative employment however, and the new workers’ compensation law creates significant issues for such workers that have yet to be resolved.). In response to critics of the new legislation, Republican legislators stated that the new law does not require an injured worker to hire an expensive vocational expert in order to prove their case, but there is significant concern that the legal system is, as a practical matter, imposing such a requirement. The new law the Republicans created is too difficult for the average injured worker to navigate alone. Contact us for assistance in securing the benefits you deserve.