HOW MUCH MONEY DO I GET?

A disabled worker injured after 1982 is generally entitled to receive 80% of the after tax value of his or her wage loss. This amount is, however, limited by a statutory maximum of 90% of the state average weekly wage (in 2022 $1048 per week) and can be reduced through “coordination” because of the receipt of other forms of benefits and income. 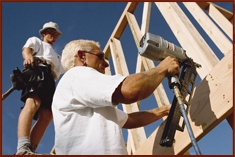 To determine a worker’s wage loss, it is necessary to calculate the worker’s “average weekly wage.” This is usually done by taking the highest 39 weeks of pay over the past 52 weeks. If an employee worked less than 39 weeks in the previous year, the total earnings for the year are divided by the number of weeks in which any work was actually performed to arrive at the “average weekly wage.” The pro rata estimated value of any discontinued fringe benefits can be added to the calculation, but fringe benefits cannot be used to raise benefits to more than two-thirds of the state average weekly wage. Weekly benefits will be 80% of the after-tax difference between the average weekly wage and current wages, subject to the limitations mentioned above. Workers’ compensation benefits are not subject to state or federal income tax–although the interest due on benefits which have been delayed may be.

For injuries occurring on or after September 1, 1965, benefits continue for the duration of the disability. (Injuries occurring before this date were limited to 500 weeks of benefits.) Since 1969, benefits can be reduced 5% each year beginning with the employee’s 65th birthday and every year thereafter until the employee reaches the age of 75. However, this reduction can only take place if the worker is eligible for social security retirement and his or her benefits are not being reduced (coordinated) already because of the receipt of Social security retirement.

Under the 2011 Amendment to the Act, if a worker injured after December 19, 2011 is considered to be only partially disabled–and that worker is not looking for work– that worker’s weekly benefit may be reduced if the employer or carrier demonstrates that the worker has a post-injury wage earning capacity. If a worker was injured before that date, 75 years of legal precedent prohibits such a reduction. If you are an injured worker and you are not being paid your full benefits, contact us immediately.