WHAT WORKERS ARE COVERED UNDER WORKERS’ COMPENSATION?

The vast majority of Michigan employees are covered under the Workers’ Disability Compensation Act.  If you have an injury or a disability arising out of and in the course of  employment, the Workers’ Compensation Act probably applies to you.  There are just a few exceptions.  Certain employees of the  federal government are not covered under the Michigan Act.  Certain railroad workers, seamen, farmers are not covered.  Also, certain small employers with less than three employees that do not  employ workers for 35 hours per week for more than thirteen weeks a year are exempt from coverage under the act. 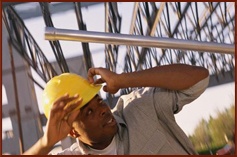 The most frequent problem arises when an employer insists that an employee is actually an  “independent contractor.”  For many years, the workers’ compensation law in Michigan  looked to see how much “control” the employer exerted over the worker.  If the employer exerted a lot of control, then the worker was considered to be an employee.  In the 1950’s and 1960’s, judges across the country realized that this was not the best test. What should really matter was whether or not a worker was economically dependent upon the employer.  Michigan adopted this ‘economic reality’ test in 1959.  Unfortunately, later judges and legislators have provided employers with arguments to avoid their responsibilities regardless of economic dependence. In 2011 the Michigan Legislature adopted a new test from IRS Revenue Ruling 87-41 to determine whether a worker is an employee or independent contractor for persons injured on or after January 1, 2013. The courts will soon be busy interpreting this new test. If a worker uses his own equipment and materials, holds himself out to the public with some business on the side (to do a little moonlighting, for example),  performs work with little supervision or work that is done independently from the employer’s enterprise, that worker may get a hassle and dispute with his employer, even though he is in fact economically dependent.

Call us to see if there is a way you can still qualify.