WHEN CAN MY DISABILITY WAGE LOSS BENEFITS BE REDUCED OR “COORDINATED” BY OTHER BENEFITS? 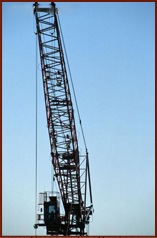 There used to be a concept in the law (and there still is in many states) called “the collateral source rule.”  It basically meant that if the same event caused two or more different people to become independently liable or responsible to a particular victim, the victim was entitled to receive whatever was owed to them from all of the sources.  One liable party wasn’t able to get off scot free by saying that it looked like the victim already got reimbursed by somebody else.  For example, under this rule, an assailant  could not avoid liability for a victim’s medical bills just because the victim had previously purchased medical insurance and had his bills paid through the insurance company.

In 1982, insurance companies saved themselves a lot of money by persuading Michigan voters that the collateral source rule unfairly let victims “double dip” and get more than a full recovery for their injuries.   For injuries suffered after March 31, 1982, workers’ compensation wage loss benefits,, are now coordinated–that is, reduced–if a worker receives other forms of benefits.

**Sometimes workers have been paid other benefits from other insurance companies and governmental agencies during the course of their illness. It is also important to determine whether these entities need to be reimbursed. For example, Medicare and Medicaid have a statutory claim for reimbursement.

According to Michigan statute, workers injured before March 31, 1982 can not have their workers’ compensation benefits  reduced through coordination.