My husband was killed on the job; what benefits can our family receive?

Q. My husband was killed on the job at a local GM plant several years ago.  I haven’t worked in years and fortunately, I have been getting workers’ compensation benefits to help raise our large family–but now I am hearing that those benefits will run out. Is that true?

A. The Michigan Workers’ Disability Compensation Act provides two types of death benefits: 1) a burial allowance of up to $6,000.00 and 2) weekly wage loss benefits for surviving dependent members of the family. Such benefits are to be paid if work was a proximate cause of a worker’s death. Survivor benefits are generally paid to surviving dependents for up to 500 weeks (although the duration of benefits will be reduced if the deceased worker received wage loss benefits for the fatal injury while still alive). If surviving children are still minor children after the exhaustion of the 500 weeks, those children may be able to continue to receive weekly survivor benefits until they approach adulthood. At age 16, an employer can try to show that there is a diminished need for benefits and no ongoing dependency; at age 18, dependency benefits for children can cease, although a magistrate is empowered to order additional benefits until age 21. 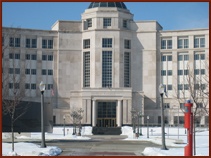 Under most circumstances, you will continue to receive the survivor benefit for yourself and on behalf of your children until all of them at least reach the age of 18.  If the children are still dependent at age 18, you can seek to continue dependent benefits until age 21.  Once the children have become independent, if you have not re-married and 500 weeks of benefits have not yet been paid, you, as a wholly dependent spouse will continue to receive survivor benefits until the 500 weeks have been exhausted.

>>Back to Workers’ Rights Column